H. Allen Chapman was born in Colorado in 1919. The son of Tulsa philanthropists, James and Leta Chapman, he lived most of his life in Tulsa where he was an independent oil and gas producer.

In 1976, he established the H.A. and Mary K. Chapman Charitable Trust, a perpetual charitable private foundation that was fully funded with a bequest from his estate when he died in 1979.

Mary K. Chapman was born in Oklahoma in 1920. She graduated from the University of Tulsa and worked as a nurse before her marriage to Allen Chapman in 1960. 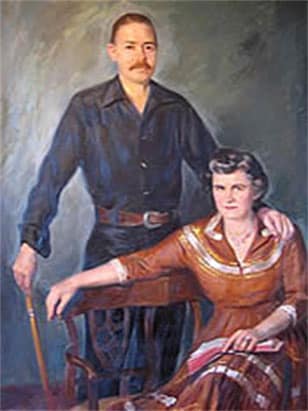